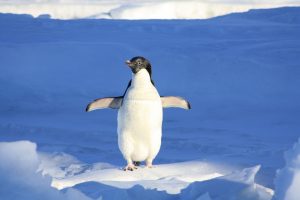 Google launched the Penguin update in April 2012 in order to improve their ability to detect sites spamming the SERPs; particularly, those that do so by paying for links or getting them through link networks, which are created primarily for the purpose of boosting Google rankings. Basically, with Penguin, bad links basically became ‘toxic’, demanding a link audit and the removal of low quality links.

What are the biggest changes brought the Penguin update?

Google recently presented their last update with the new features. Let us have a look at some of the most important changes:

What should you do?

This is pretty obvious, but avoiding link spam is now more imperative than ever. Focus on useful and well-researched content. When building links that are aimed at your website, always keep in mind that quality is far more important than quantity.

Take a look at your current content and make sure none of it violates the rules of Google. This is the minimum requirement if you do not want to get penalized, but it is not going to ensure that you will rank well. Links need to be diverse, content needs to be represented on different domains with good reputation signals. Think about whether your content adds value to your website, whether your customers respond well to it and whether they are engaging with it.